God’s promises are for you

Just imagine Abram. He was an older guy, in his late 70s and he’d not had an easy life. He wasn’t enjoying fun times with any grandchildren – undoubtedly something many of us imagine from our 20s – because he and his wife Sarah didn’t have any kids to give them grandchildren.

Then God said he’d not only have an heir that was his own flesh and blood, but his descendants would outnumber the stars of the sky.

Seems kind of unrealistic, doesn’t it? 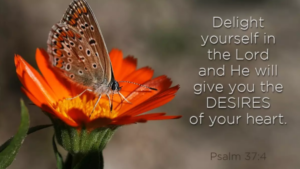 But Abram believed and followed God. We know him as Abraham, the father of nations.

God made good on His promise, in His time. At 100 years old, Abraham became a father.

The story of Abraham in Genesis can be all too familiar to us, but it’s important to stop and consider the timeline, the doubts he and Sarah had, as well as the faith they had.

Listen to Rev. Joanne discuss how we can trust in God’

You can take God up on His promise of eternal life. It is yours for the asking and discovering. And you’re not alone. 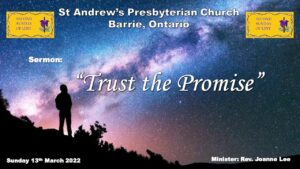